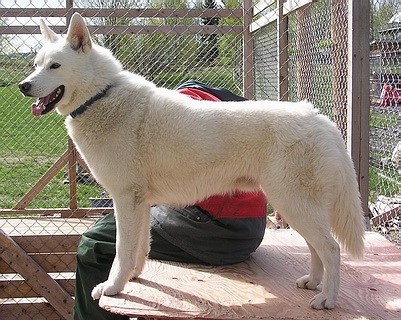 We got Balto as an adult dog. He was a fresh finisher of the Femundlopet 400km race. We needed a proven open field leader, who could teach our many young and unexperienced leaders some skills.

The first two years were tough for all - Balto, our dogs and us. Being a previuos pack leader, Balto had hard times finding his spot in our kennel and was frustrated, grouchy and snappy after other dogs. It took him really long to start feeling at home with us. But the patience had paid off eventually. He turned into a sweet, friendly and dependable dog. Not when girls are in heat, though! Then dare to put him in the front of the team.

Balto is a very stubborn dog, but when I really depended on him under race conditions, he never failed me once so far.

He is a very tough, hardy and strong dog, with the will and strenght of a bull. He never gives up and has the most elegant, fluid movement. It is pleasure to watch him work in the team - his work ethic is incredible.

A huge cuddly bear, but sometimes stubborn as a donkey. He sure can drive you to the edge of your mental power, and at the same time be a dependable crack gee-haw leader on windswept glare ice. Full of contrasts and often keeping us on the tips of our toes. But one thing is sure - you never get bored when working with Balto.
He earned his spot in our kennel, team and hearts after all. 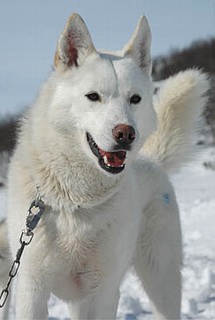 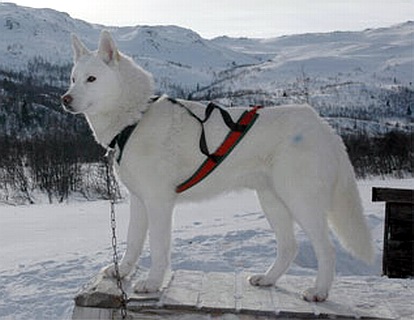