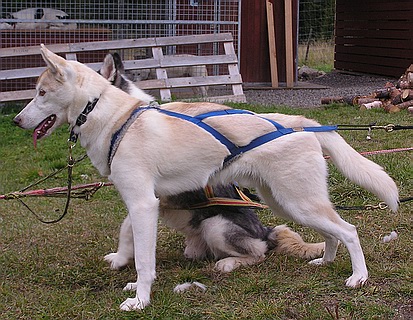 Chilli is proudly sponsored by Svatava & Petr Hudec from Czech Republic.
Thank you for your support of Chilli!


Chilli was a very funny puppy since his first days. He was grouchy and hated to be picked up and spoiled. He always had the "macho" attitude, exactly like his big uncle Sparky, whom he reminds us a lot of in behaviour, but also in looks. Chilli hated to be photographed too, but as he grew bigger, he is more and more cudly and sweet. He is a very gentle boy (comparing to his wild sister). He was a little standoffish to strangers, but has overcome this almost completely, when he reached 10 weeks.
Chilli is a first red/white puppy born in our kennel in many years, and despite Jachym´s not very big interest in this color, he became almost instantly one of his favourites.
He also seems to be growing to be a BIG boy - and that´s what we actually need for our future long distance race team!

BUCK of Geri´s Den (2x grand sire) - the most outstanding dog in our kennel, team and breeding progam. Founder of our own line. In many ways, Buck is the nearest dog to the "perfect siberian husky" we ever had. 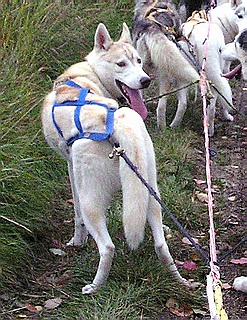 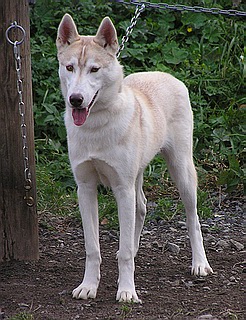