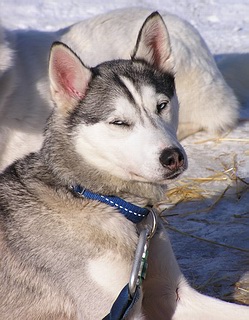 Funny and always happy character Misa is very proud to have found a permanent and trusted sponsor - Jachym's mom Eva Lukesova, from Cernosice, Czech Republic. Thank you Eva so much for your continuous support of this extraordinary and multitalented girl!

Misa is a very special character! Her comic performances are countless and most original. From bringing food dishes into her house to watch over them, reorganising her dog house, her original ways of playing with other dogs, to the most original and crazy behaviour before the start of a training run. She has the most funny voice and mimic.
Due to these specialities, Misa had gained the nickname "Golum" and everyone who is familiar with the Lord of The Rings unique character, agrees that there couldn´t be a more precise nick.
For Misa´s defense, though we must clearly state that she doesn´t appear to have any of the evil features of Golum!

Her best buddy is her brother Music, whom she spends countless hours playing with each and every day.

She has developed into a fast, steady and hard worker and made it to the mainstring team shortly before she turned her 2nd birthday.

Misa is not the prettiest dog that walked this planet, has a bit extreme built of a sprint dog, short coat, her ears are set a funny way and she has big round eyes, but her personality and performance is what makes her one of the absolute favourites.

As a puppy: Misa is a very nicely developing pupp with an outgoing, easy to handle, communicative personality. She is quite bright and sensitive and also a bit crazy :)


BLOODLINE: Fun Run - based on Snowtrails and Igloo Pak lineage

Snowtrails CHEYENNE - Maria Lindkvist´s best all time race leader and the most remarkable dog of the kennel with great personality, intelligence and work attitude. She figurates in most Fun Run dogs´ pedigrees.

Zero´s DARGO – producer of many acceptional racing siberian huskies with „desperate working attitudes“, which many of were in teams, beating alaskan husky teams in scandinavian sprint racing scene in the 80´s

Yeso Pac´s EL DIABLO – another remarkable dog with excellent working attitude, great race results (on Karsten Gronas´s team) and great offspring. Son to the famous Yeso Pac´s SATAN. Both dogs played an important role in the breeding programs in many acceptional kennels, such as Alka-Shan, Vargevass, Alaskan Anadyr, Yeso Pac and are present in pedigrees of top racing dogs until today 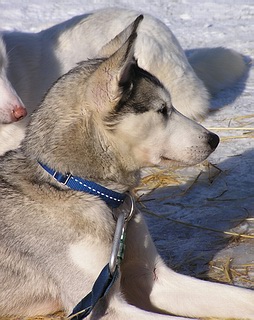 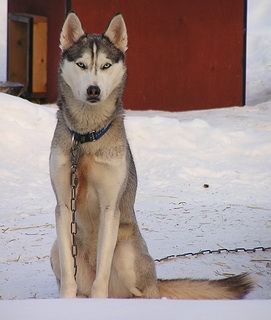