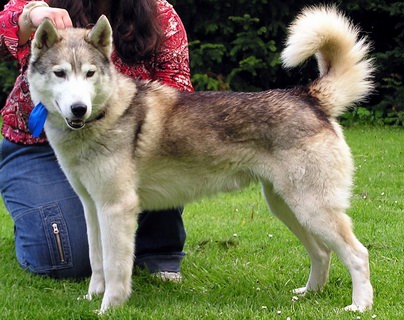 Buck is one of the most favourite dogs in our yard and team. He is a very special dog. No wonder, that he has
found a very special permanent suporter! - Katerina's dad, Vlady Palecek from Cernosice, Czech Republic.

2010 Update: Since we wrote Buck´s presentation in 2003, he has become our kennel´s foundation dog. There is simply not enough words to describe Buck. He is the one of a kind dog, the once in a lifetime partner, the dream sled and stud dog. The heart and soul of Kipp d´Amundsen Kennels and a dog, who set such high standard, to which all the future dogs will have to try live up to.

Buck ran always as main string wheel/team dog, but on couple occassions also led the team, when we ran out of leaders, and to no surprise, did great. He retired from the racing team in autumn 2007 and is the invaluable Puppy Coach since winter 2007/08.

Buck is such a sweet dog. He doesn´t chew on things or dig under fences. He gets along with any dog, even the biggest grouches. Buck´s got the greatest personality and attitude from all our dogs. He is the strongest engine and spirit of the team and together with Blacky they can wake the whole team up from any kind of „mood“. Buk is the type of dog that works so honestly you hardly notice he´s in the team. He just goes, from the start to the finish and never cares about anything else, just to do his job the best way he knows and to please me. After we stop for a break, Bucky is the first one to cry out for running again. We strongly believe that he will become our main stud dog.


SHOW RESULTS: (only some selected) 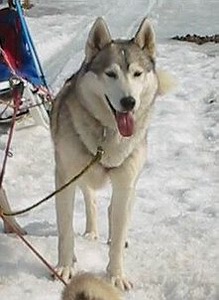 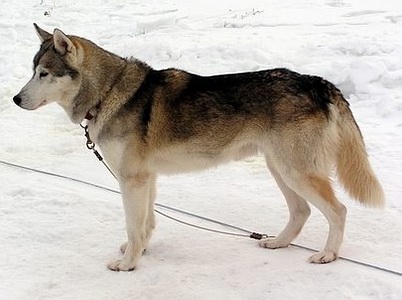