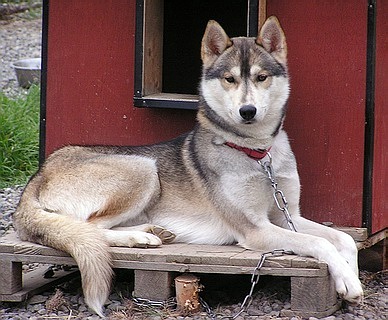 
Goosak reminds us of his mom Jee-Haw the most from all the "G" litter puppies and also of his beautiful grandsire Tabasco. He has lots of "firsts" under his belt - such as the first puppy to start walking, howling, barking, playing, crowling over the whelping box, etc. He quickly drew my attantion and became the most favourite pupp out of the bunch. He is a very inventive little guy and can always figure things out. He loves digging and is usually one of the first ones to come on call. He quickly figured out, that if he sits nicely and puts on a mask of a sweet little thing, he´ll be praized and mabye given a treat! What a brat, he sure knows how to twist us around his paw! :)

• Hips: Performance tested • Eyes: Not yet


BLOODLINE: Combination of Igloo Pak (most influence), Anadyr and Polar Speed, with some influence also from Vargevas and other kennels. 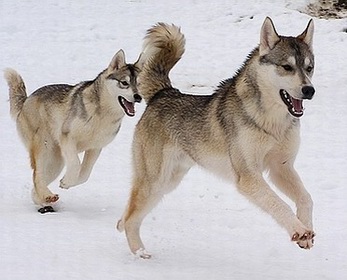 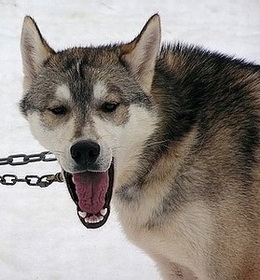