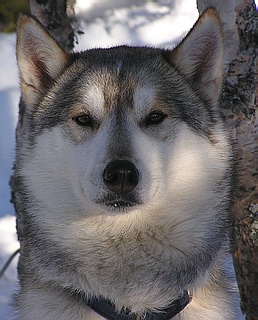 Nugget is always up to something, he´s got little devilish twingles in his eyes and you can barely find him sitting still. WIth his hyper personality, it is easy for him to get into trouble. Born as the smallest boy in the litter, he always had to fight his way through, and that aproach to life stayed with him until now - he tries to be everywhere first, be it food, newly discovered area to play or a little wrestling fight with his brothers, whom he´s already caught up with in growth. A hot head, but a golden heart and he is a very bright puppy too, a real thinker. And he just loves to cuddle and give kisses - now, who would resist?!


BLOODLINE: Combination of Igloo Pak (most influence), Anadyr and Polar Speed, with some influence also from Vargevas and other kennels. 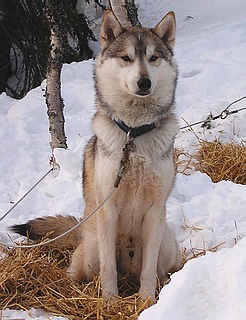 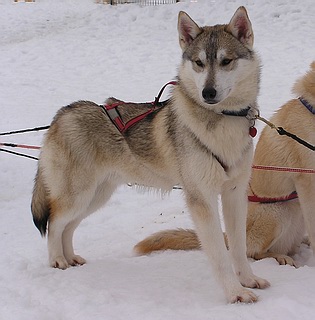